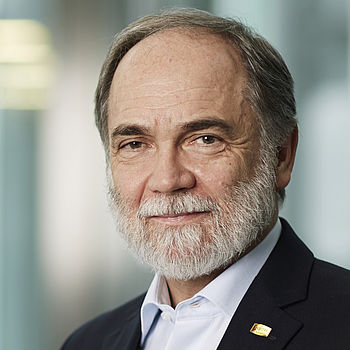 FROM MATHEMATICAL TO INDUSTRIAL OPTIMIZATION

We have been optimizing almost every aspect of our lives since the early days of humanity. This has demanded new mathematical tools and consequently has been a driving force in the development of mathematics itself. Computers ushered in a new era of optimization, making it possible to deal with previously intractable optimization challenges. Now we are at the dawn of a new era that opens up unprecedented possibilities.

Quantum Computing is on the horizon, while quantum-inspired computing is already being deployed with astonishing results. How does this new level of optimization work and what are the particular advantages for the automotive industry? We will look at these questions and discuss specific scenarios from various industries.

Joseph Reger is Fujitsu’s Chief Technology Officer (CTO) for Europe. Since 2002, Dr. Reger has been the CTO for various areas of the company. In August 2015, he was awarded the title of Fujitsu Fellow and appointed as Chair of Fellows of the Fujitsu Distinguished Engineers Program. Since 2019 he also is the Head of the Digital Incubator Group for Central and Eastern Europe.

As CTO, he advises both the company and its customers in the implementation of new technologies. In this role he is the driving force for Fujitsu’s portfolio and technology strategy in the region. Currently he is focusing on the topics of Quantum Computing, Artificial Intelligence, Internet of Things, Industry 4.0 and Blockchain.

A renowned industry expert and visionary, Joseph is recognized for his ability to understand and predict the IT trends that will most impact the future of business. Working with Fujitsu’s customers, he helps to determine and implement the innovations most appropriate to their strategy. His role is paramount in helping Fujitsu choose wisely when deciding on technology directions.