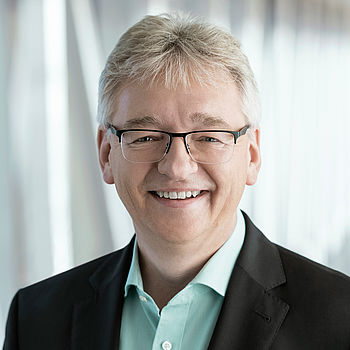 Connectivity, automated driving, digital user experience, and electrification make mobility smart. The vehicle becomes a smartphone on wheels and a node in the Internet of Everything. Today, this is no longer a dream of the future: With our customers, we have already brought the first fully connected solutions for their vehicles onto the road.

The key to a fully connected car is a vehicle architecture based on high-performance computers. They act as central interfaces and orchestrate information management in and beyond the vehicle.

The complexity of the implementation puts system integration into the focus and requires new collaboration models, methods, and structures for all the companies involved.

In addition to the development, the markets are also changing. Software evolves from development effort to product, system integration becomes a service on its own, and applications related to connected cars result in completely new business fields and models.

Helmut Matschi was born in 1963 in Viechtach, Germany. He studied at Regensburg University of Applied Sciences, Germany, where he obtained a degree in Communications Technology and began his career as a research and development engineer at Siemens in Regensburg in 1986. After several positions in R&D, sales, business development as well as quality and as head of the former automotive branch of Siemens AG, Matschi was appointed the head of global Body and Chassis division of Siemens VDO in 2003. He moved to Huntsville, USA and in 2005 to Korea. In 2006, Matschi was appointed member of the board of Siemens VDO Automotive AG as group vice president for the Interior Electronics & Infotainment Business Unit. With the acquisition of Siemens VDO by Continental in 2007, Matschi took over the position as the head of Interior division. In August 2009, Matschi was appointed a member of Executive Board of Continental. In January 2020, with the organizational realignment of Continental, Helmut Matschi became head of Vehicle Networking and Information Business Area.