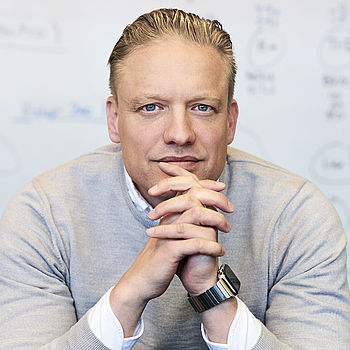 Customers are changing and want different cars, in different ways from the past. That’s why Volvo is fundamentally changing its business.

The company is going all-in on electric vehicles with the aim for half of its sales to be fully electric by 2025. Volvo is also changing the way customers access cars by offering them on all-inclusive subscriptions and for sale online.

At the same time, Volvo Cars is enabling its cars to become better every day. No longer will a car’s best day be the day it leaves the factory. Through continuous updates to software, cars will improve and see features added over the air.

We now have our first electric cars on the road. In a few years we’ll have many – and some of them will be able to drive by themselves.

The future of mobility is changing, and Volvo aims to lead that change.

After obtaining a university degree in Computer Engineering, Henrik Green started his long professional career at Volvo Cars headquarters in Sweden in 1996. He held various positions within powertrain engineering before leading, for the first time, a development project for a new engine in 2000. He later led the initiative to formulate Volvo’s current 3- and 4-cylinder engine strategy and spent a year at Ford Motor Company’s headquarters in Detroit to align the Powertrain Controls Software activities at Volvo Cars, Ford Motor Company and Jaguar Land Rover. In 2011, Henrik moved to China to oversee product strategy at Volvo Car China before he moved back to Gothenburg in 2013 to take up responsibility for the Volvo 40-series vehicle line. Two years later, he became global head of Product Strategy & Vehicle Line Management. In December 2016, Henrik joined the Volvo Cars Executive Management Team as Senior Vice President and currently heads the Product Creation area.